We provide a rich learning environment where all instructors focus not only on course contents to gain knowledge and understanding of the concepts but also developing other life skills, sports, social services which help the trainees to be a better citizen.
Subhasis Das
Principal As a Manager (Electrical & Automation) with Aryan Paper Industries, Vapi, in Gujurat, he is earning Rs 7.2 lakh per annum.

The job has given him the stability he always longed for, having witnessed hardships due his family's failing financial condition. Son of a farmer, Ranjan Kumar Parida's choice of career completely changed his life. After Class X, he enrolled for Electrician trade at Govt ITI, Rourkela, and worked hard to realise his dream of a better tomorrow. Through campus selection, he landed the job after completing the course in 2004.This native of Raghunathpur in Nayagarh is an epitome of Skilled in Odisha. Son of a vegetable seller, Satyajit Sahu is a Customer Relationship Officer with Bharati Airtel Ltd. in Hyderabad.

He believes in giving his best, never giving in to negative circumstances. And this attitude saw him through the training period at Govt ITI, Rourkela, where he enrolled for COPA after completing Class X. His parents supported his decision and firmly stood by him. After passing out of the institute in 2007, he landed the job and is earning Rs 20,315 a month. A native of Aradi in Bhadrak, he is slowly climbing the professional ladder with his set targets and determination to achieve them. 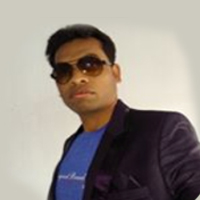 Anil Naik, son of a farmer of a village in Sundargarh, dreamt of a government job that would bring his family out of the uncertainty associated with farming.

It is said: Be the change you want to see and that is what he exactly strived for while training at Govt ITI, Rourkela, in Draughtsman Civil trade after Class X. He passed out of the institute in 2004 and is currently working as a Draughtsman with the Directorate of Construction Service & Estate Management, Govt. of India. Anil is drawing a monthly salary of Rs 30,000 with which he is able to support his family financially. Manas Kumar Sahoo is working as a Technician at the Ordinance Factory in Nagpur and drawing Rs 31,000 a month

For this son of a farmer, it was a giant leap of faith which yielded desired results. While contemplating his next step after Class X, he got to know about Govt ITI, Rourkela, and decided to enrol in Tool and Die Maker trade as he felt it would open up the job market for him. He worked hard during the course period to understand the nuances of the trade and passed out of the institute with flying colours in 2008. 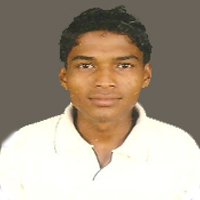 A Senior Technician at Ordinance Factory, Itashree, Bhopal, he has lived through the experience. A native of Kutra in Sundargarh, he enrolled for AOCP trade at Govt ITI, Rourkela, after Class X with the hope to find a job and support his family financially. His father is a farmer. The training gave him the confidence to take on the challenges on job front and grow personally. He completed the course in 2009 and is currently drawing a month salary of Rs 35,000. Gouri Sankar Dhal is working as a Junior Engineer at NSPCL, Bhilai, Chhattisgarh, and his monthly salary comes to around Rs 50,000

A native of Basta in Balasore, he landed the job after completing training in Machinist trade from Govt ITI, Rourkela, in 2004. Son of a retired school teacher, Gouri has made his parents proud with his dedicated approach to study and work. He took up the trade after completing Class X with an aim to join the skilled workforce of the country. And the institute provided him the right environment This Assistant Loco Pilot with Indian Railway, Bilaspur, is an inspiration for one and all at Birmitrapur in Sundargarh district.

From a farmer family, Binita Aind has broken the glass ceiling by entering a male-dominated profession. She landed the job after completing her training in Electronics Mechanic trade from Govt ITI, Rourkela, in 2005. Anita opted for an ITI after completing Class X to ready herself for the job market and worked hard to achieve it under the watchful eyes of her trainers, who supported and encouraged her to take the uncharted path. She currently earns Rs 29,430 per month. Siromani Hajira Horo came to Govt ITI, Rourkela, with big dreams and a determination to achieve them. This girl from a small village in Sundargarh dist.

enrolled for Electronics Mechanic trade at the institute after completing Class X. Though her father was farmer, she was not keen on taking up cultivation and found her calling in the technical field. The institute provided her an environment, where she got a chance to learn new skills and also grow personally. After completing the course in 2005, she joined Rourkela Steel Plant as a Technician. She currently draws a monthly salary of Rs 27,000. For Anima Burh, the journey from her village in Sundargarh to Rourkela Steel Plant (RSP) was one dotted with hardships

some setbacks and lots of hope for a better tomorrow. Daughter of a daily wage labourer, she had seen her family struggle to make ends meet and wished to lessen the burden by taking up a job. Anima found her answer at Govt ITI, Rourkela, where she enrolled in Instrument Mechanic trade after completing Class X. The institute prepared her to join the skilled workforce. As an Operator-cum-Technician with RSP, she is currently drawing a monthly salary of Rs 29,830. 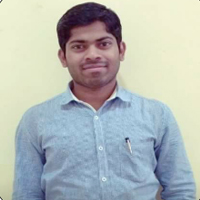 (Draughtsman Mechanical) 2007-2009
He belongs to low middle class family at Chhend, Rourkela. His father is an Ayurbedic Kabiraj & the

economic condition was not so sound. After completion of 10th from Chhend Housing Colony High School, he was admitted atGovt. I.T.I., Rourkela, beinginspired by friends &parents hastaken Draughtsman Mech. Trade. He wasmotivated by Mr. Hemanta Kumar Behera, ATO at each every step for improvement. Now he is working in Water Utility Department as Jr. Design Engineer (L&T), Kolkatta & getting salary Rs.24,000/- p.m. He is hard worker & laborious & also he achieved award for his excellent career during last financial year 2016-17. At present the economic condition of his family has become sound. Technical Education opened the root of income source. 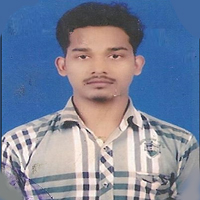 (Mechanic Motor Vehicle) 2012-14
He is a poor & belongs to village Krushna chandrapur Dist-Nayagarh. After completion of +2 Science took

admission at I.T.I., Rourkela in MMV trade & passed during 2015. The economic condition of his family was very measurable andthe situationforced for searching of bread & butter. He joined on 01.06.2015 as Jr. Technician at Natroyal Industries Private Limited, Haloh Baska, Panchamahal, Gujarat & now earning Rs.24,000/- p.m. & his financial status has been changed. Due to hard labour, punctuality & sincerity in his duty. It gives a Massage to Youth "Duty is God& sincerity, punctuality & honesty is always rewarded". 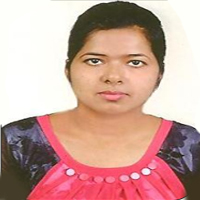 (Electronics Mechanic) 2013-15
Daughter of B.N. Sharma, At-Bondamunda, Dist-Sundargarh belongs to a poor family. Her father is a

poor cultivator. After completion of +2 science admitted at Govt. I.T.I, Rourkela in the Electronics Mechanic trade in 2013 & passed during 2015 &Shegot Apprenticeship Training at Rourkela Steel Plant. Her aim was to do a job in Railway. She prepared for Railway job by taking coaching. Finally She got the job as a maintainer in Delhi metro &nowgetting Rs.25,000/- p.m. Present economic condition is sound. Massage to Youth "Hard working never Fails". 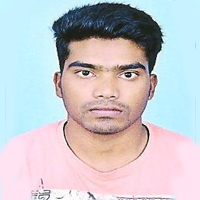 family. Occupation of his father is cultivation & economic condition was measurable. After passing of +2 admitted at Govt. I.T.I., Rourkela in Electrician trade & passed during the year 2012. Being inspired by Mr. A.K. Mandal, ATO & got a job at L&T Darlipali Super Thermal Power Project, NTPC as Electrician and receiving salary Rs.21,000/- p.m.A massage goes to Youth "Good behavior & hard working creates as identification." coming from low middle class family. Occupation of father is cultivation & economic condition of family was not so sound. After completion +2 science he took admission at Govt. I.T.I., Rourkela in Copa trade & passed during the year 2011. He completed his apprenticeship at Hindalco, Sambalpur. After that he joined as a Jr. Clerk at Hindalco Industries Limited, Hirakud, Sambalpur & now getting salary 12,000/- p.m.At present the financial status has been changed & hence a massage to Youth "Hard working never fails" below poverty line.His father is a daily Labour⁢ was very difficult to maintain the day to day family life to meet the minimum requirements of the human being. He took admission at Govt. I.T.I., Rourkela in Electrician trade in 2006 & completed ITI 2008.Being inspired by Mr. N.C.Patra, ATO joined as a Jr. Engineer atTata Steel Limited & getting salary Rs.12,000/- p.m. The present economic condition has become sound. Massage to Youth "Follow Discipline & Order". 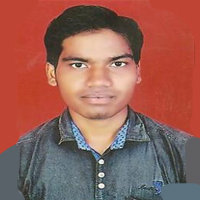 line. Occupation of his father is cultivation. After completion of 10th he was admitted to Govt. I.T.I., Rourkela in Draughtsman Mechanic trade and passed during the year 2007. Inspired by Mr. Hemanta Kumar Behera, ATO he completed his ITI &got apprenticeship training at AdhunicMetalic, Rourkela. He joined as a Draughtsman in Bharat Heavy Electrical Limited, Bhopal &now getting salary Rs.40,000/- p.m. Now the economic condition has been changed distinctly & living happily.A massage to Youth "Start Hard Work just now for a better job in Future." (Production & Manufacturing CoE) 2008-2010
He brought from a poor family having four members. His father is a poor farmers. After completion of

general education he was admitted to Govt. I.T.I., Rourkela inProduction & Manufacturing (CoE) trade & passed during the year 2010. After completion of ITI, he was searching for a job & got job in 2015 &joined as a Jr. Engineer at Rourkela Steel Plant Rourkela, now he is getting salary 30,000/- p.m. After job the financial status has become sound. Massage to Youth "Sincerity & punctuality makes a man perfect to achieve a Target." (Machinist) 2011-2013
After completion of his schooling he was admitted to Govt. I.T.I., Rourkela in Machinist trade and passed

during the year 2013.His economic condition was very measurable. He joined as anACT(T) Technician at RSP, Rourkela on 06.05.2015 &now getting salary Rs.25,000/- p.m.At present the financial status has been changed&living happily. Massage to Youth "Hard working and good behavior creates your identification". 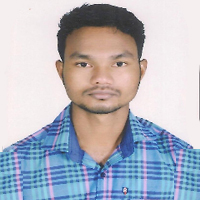 (Machinist) 2013-2015
He has brought up from a poor family at having 03 family members. His father is a cultivator.

After completion of his schooling he was admitted to Govt. I.T.I., Rourkela inMachinist trade & passed during the year 2015. The economic condition of his family was poor. Completion of apprenticeship training, he join as a Semi-Skilled Technician during the year 2017 at Ordinance Factory, Khamaria, Jabalpur, M.P. &now getting a salary of Rs.19,000/- p.m. Present financial status has become sound & living happily. Massage to Youth "Dedicated work &scarifies towards society give self-satisfaction". (Fitter) 2008-2010
Sri BaladevBehera comes from a village Goilaat remote area of Sundargarh. His father is a poor

farmer. After +3 sciencehe fails to get any job & finally decided to take admission at I.T.I., Rourkela& admitted in Fitter trade during the year 2008. After passing he joining at RSP Rourkela as a Technician & now getting salary Rs.28,000/- p.m.. The present standard of living has been improved. Massage to Youth "Hard works makes man perfect".

HISTORY OF THE INSTITUTE

The institute was first started functioning at Hirakud in the year 1957-1958 with a view to meet the increased demand of craftsman during the Second plan period. On 21-06-1960 the institute was shifted to its own building at Rourkela with intake of 106 trainees.

Our Physical, Digital and Intellectual Infrastructure would be among the best in the country.

At Least a third of our graduates will be Women.

We will provide the environment to create Great Entrepreneurs and Globally Employable ITI Graduates.

We will forge Industry Partnership at an International Level.

Our Students and teachers will be Warriors of the Planet to lead Sustainability.